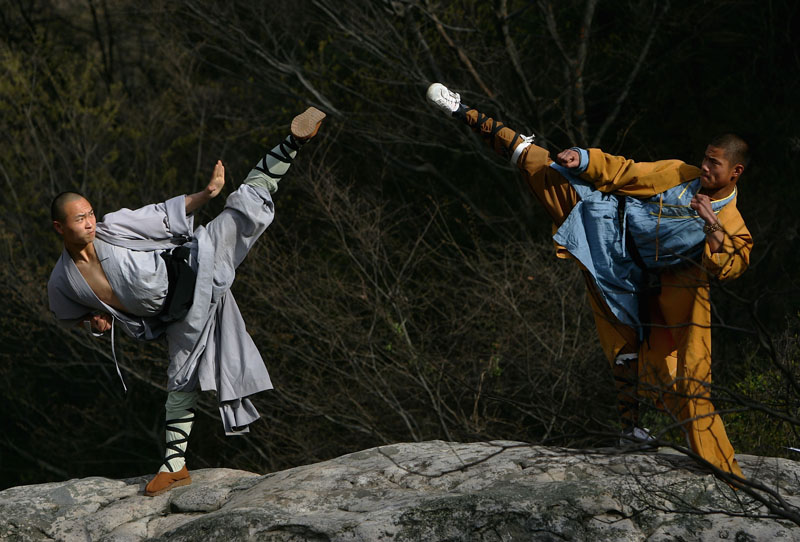 DENGFENG, CHINA – APRIL 12: Warrior monks of the Shaolin Temple display their kung fu skills at the Songshan Mountain near the temple April 12, 2005 in Dengfeng, Henan Province, China. Shaolin Temple was built in AD 495 in the period of the Northern and Southern Dynasties (420-581) and located in the Songshan Mountain area, is the birthplace of the Shaolin Kung Fu. Shaolin kung fu, with its incredible strength, vitality and flexibility, is expecting to be included in the UNESCO intangible heritage list. (Photo by Cancan Chu/Getty Images)